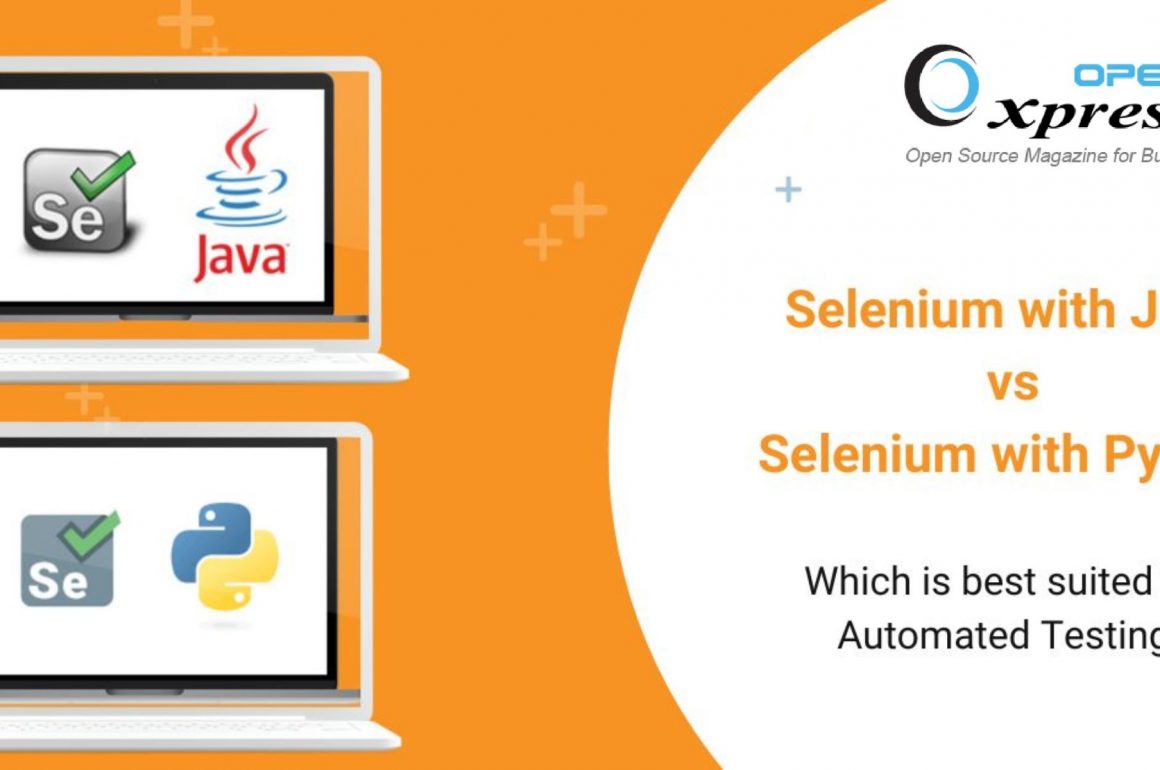 Automation testing has altered the testing scenario in the software industry, and the Selenium test automation technology is one of the most widely used automated testing approaches.

Choosing the ideal programming language from a pool of possibilities might be difficult.

Python, Java, and Selenium each have their own set of characteristics. Numerous firms use Selenium to test web apps. Surprisingly, Selenium supports a slew of programming languages for test automation. Among them, the top competitors for Selenium binding are Java and Python.

What exactly is the Selenium framework?

Selenium is a powerful programming framework designed to automate the testing of web browser interactions. This is an open-source program and there is no license fee for using it. This is typically used for writing scripts, clicking buttons, or entering information into forms that can direct a user to click on a Selenium user’s website. Manipulation of the test site is therefore significantly faster than manual testing.

Other reasons that contribute to Selenium’s popularity include:

1. Selenium works on platforms such as Windows, Linux, Macintosh, and Solarix.

2. The Selenium test automation framework can be easily built in various programming languages: Python, Java, C#, Ruby, and others.

3. It is simple to use. Prior programming language knowledge is not required. The tool’s user interface is simple to grasp, for example: “click a button” and “enter text in any of the field boxes.”

4. The Selenium tool has a big and active user community that provides free technical help.

5. It discourages the usage of testing scripts by providing easy navigation tools for constructing test cases that do not require a script.

These arguments show that Selenium is a worthy and strong tool for test automation in a variety of programming languages. However, Java and Python have healthy competition.

Why are Python and Selenium a good combination?

Python is a high-level, open-source, and user-friendly scripting language. It has several simple English keywords that provide easy interpretation. The syntactic problems are minor in comparison to other programming languages.

Python is a high-level, object-oriented, easy-to-use scripting language. We have a massive number of customers everywhere in the world. It has less syntax complexity than any other programming language. Selenium automated testing with Python may be the best decision ever.

Using Python instead of Java for Selenium testing has many advantages.

1. Python is a simpler and more productive language than Java.

3. Python is supported on Windows, Linux, Mac, etc. This suggests a very low learning curve, which is useful for writing Selenium automation scripts.

4. PyTest is the most popular framework for Python automated testing. As with other Python frameworks, it is used for unit testing, integration testing, and end-to-end testing. It now has more capabilities that allow parameterized testing. The plugin enhanced with the PyTest framework also supports parallel testing, among other things.

5. Python is much simpler and faster to learn than Java.

6. Python code is clear and legible when the Python syntax command is used.

7. The Python library provides a wealth of standards to help testers develop effective automation scripts for their test automation suite.

9. Python’s code flow is comprehensible since it employs indentation rather than braces in initiation and end blocks.

10. Python is less verbose than other programming languages. It uses basic English terms that are straightforward to build. Selenium with Python is easy to read because of the ease of programming. Furthermore, it is dynamically typed.

12. Python as a programming language is well-known.

13. Because Selenium employs the use of Python’s API, connecting a browser is simple.

14. Python, as a scripting language, eliminates the requirement to execute a compiler when translating code. Without it, you may both implement and use it.

16. When combining Python and Selenium, there are tons of extension tools available, with WebDriver having the strongest coupling.

Why use Java and Selenium?

Java is a programming language with several benefits. It has a lengthy history, is highly known, and seems to have a bright future. You should look at the feature list to ascertain whether Selenium supports Python or Java. So let’s investigate what it can provide.

Python is a more recent language, although Java is more extensively used. We have a sizable community that provides a lot of aid with a range of resources because of this affection.

Java has been around for some time, so there are many plugins, APIs, frameworks, and even libraries readily available. These resources support Java for seamless test automation.

Many organizations and testers use Java extensively compared to other languages. This makes it easier to share knowledge, as there are many experts in the field.

More and more people are buying Selenium with Java bindings. The use of the JVM has made Java a platform-independent language. This implies that Java will run smoothly in those operating environments no matter where the JVM is installed.

In contrast, Java is widely used in commercial applications, and this feature makes it easier to integrate his Selenium tests.

Most significantly, Java is a godsend when it comes to dealing with code problems. Because it is written statistically, Java IDEs are quite helpful in delivering feedback. It also benefits appropriate error management.

Given the choice between Java and Python as a programming language for Selenium automated testing, Python is unquestionably the superior choice. Selenium is a comprehensive and powerful programming framework. Regardless of the technology, it is used to automate web application testing.

Python may be the ideal choice for Selenium automated testing due to its ease of use. Python is preferred over Java by start-ups and medium-sized businesses due to its easy programming syntax.